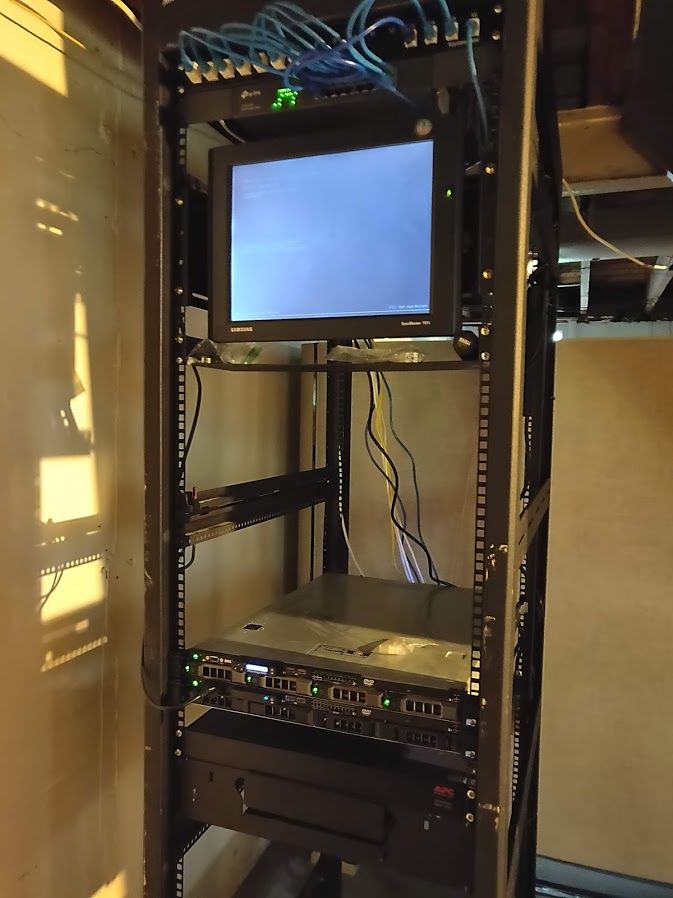 The Avaya / Nortel switch that I was using experienced a failure which required immediate replacement, as it served as the core infrastructure for my lab.

To be fair, it was free. And, well, it wasn't technically dead. I just locked myself out and didn't own a console cable to console into it to reset it.

So, for the time being I replaced it with a TP-Link 24-port "dumbswitch" to get things going again until I could replace it.

Later on, I was able to console into it using a hacked-together Cisco rollover cable turned console cable that I plugged into a serial port on one of my servers. Worked surprisingly well when accessed via a VM that I passed through the console port to.