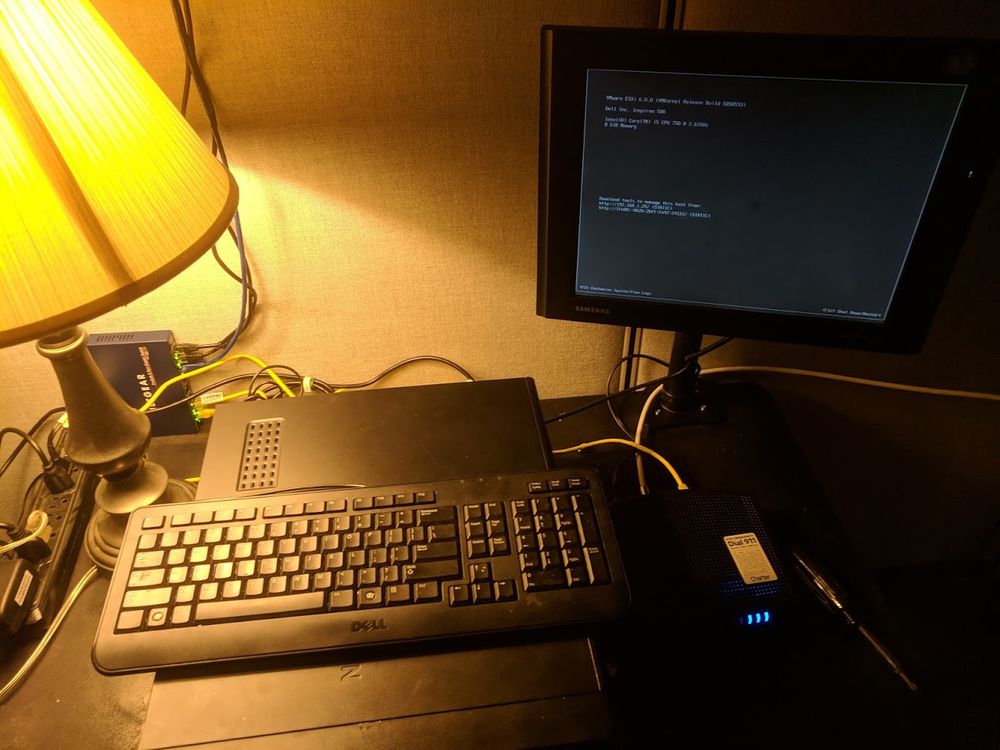 The one, the only, the OG Lab

We all start somewhere right? Well, this is where my story began...

Picture this;
Freshman in high school, absolute nerd, literally no friends and parents that'll let you do whatever makes you happy.

I managed to pick up a few desktops from volunteer work, friends, family, etc.
Sure they were old, but they'd work perfectly for my first encounter.

And I had a plan.

And then there was the Lenovo ThinkCentre M58P, yet another Core 2 Duo system, and this time maxed out at 4GB and using another 300GB HDD. I received two of these from my middle school the year before while helping recycle electronics.

You did what now?

I initially started with some basic-level stuff;
installing Windows Server 2012 R2, Ubuntu (Desktop, I hadn't learned about server yet!) and some other odd-ball OSes.

Heck, I even used one of those Lenovo M58P's as a second display host by using Microsoft Garage's Mouse Without Boarders. Technically it wasn't a true second display, but it worked for me!

Then I learned about virtualization... Down the rabbit-hole I went...

Hey mom, can you buy me a dual-NIC PCI-4x card for my server?

To get into the virtualization game, I had to get more... "sophisticated" parts.

After convincing my mom to buy me some no-name 2-port NIC off Amazon, and hacking together some community-made ESXi VIBs, I was able to get my first hypervisor host up, that Dell Inspiron 580 was a prime candidate with PCi-e lanes, multiple SATA ports and a pretty OK power supply.

I also managed to get the HP Compaq Dc7500 to run ESXi, but a bit jank-ily, so it was more of a "test bench" than anything.

I squeezed every possible resource out of those things, running pfSense, piHole, OpenVPN, and a NextCloud VM all at once! It was hardly able to keep up with all of that!

I also took the opportunity to wire up my house with Cat5e, adding lines to my bedroom, my parents' bedroom, and our Livingroom for the TV.

Those little dinky things managed to run all of that, but they were struggling and I wanted More! More space, more power, more everything! So much potential, yet nowhere to employ it!

All of that sparked something in me that has built the foundation of who I am today, the desire to build environments, servers, and IT skills. 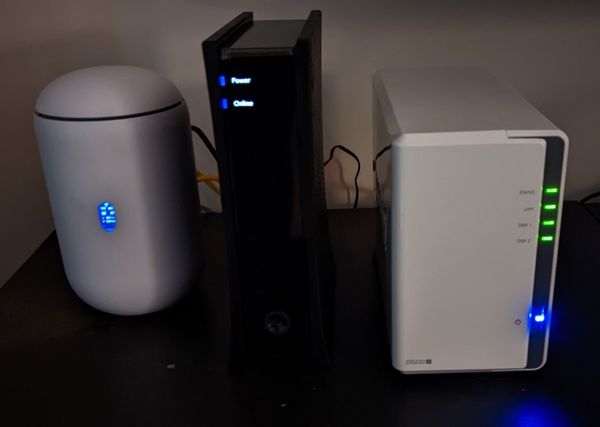